While kids don’t have to pay taxes, go to work or navigate busy highways during rush hour, they don’t get away scot-free – they can have ENT problems just like the rest of us.

In fact, ear, nose and throat concerns are among the top reasons kids are brought in to see a doctor. This is because they are especially sensitive to issues such as ear infections and food allergies; there are also a number of birth defects such as a cleft palate that must be treated at a young age to prevent complications down the road.

Below are some of the most common pediatric problems that require children to visit an otolaryngologist. 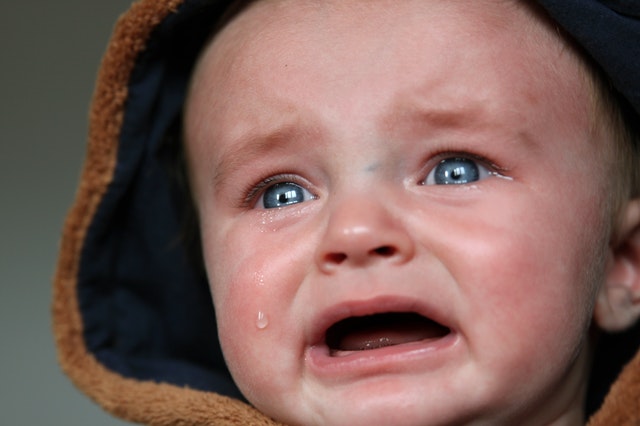 Ear infections occur when fluid fills the space between the eardrum and the inner ear. This happens when the Eustachian tube becomes blocked, thus preventing mucus and pus from draining out of the middle ear. These fluids put pressure on the eardrum, causing pain and discomfort.

Ear infections are a common pediatric problem because of a child’s anatomy. The structure of their Eustachian tubes, which are still developing until about the age of two, makes them prone to swelling and blockages. Children who attend daycare or school and those who are exposed to tobacco smoke are most at risk.

The first sign of an ear infection may be an increase in irritability. Some children cry inconsolably. You may notice your child pulling or tugging on the ear. In addition to a painful earache that is worse when lying down, symptoms of ear infection include:

An ear infection is easily diagnosed through an examination of your child’s ears with an otoscope. To treat, many doctors prefer to take a wait-and-see approach. Ear infections often clear up on their own without the need for antibiotics or other aggressive forms of medical treatment. Pain can be managed with medications like Tylenol or Motrin (be sure to avoid giving your child aspirin, which has been linked to a dangerous condition known as Reye’s syndrome) or eardrops.

The tonsils are a pair of oval-shaped tissues in the back of the throat. They protect the body from infection by trapping bacteria and germs, preventing them from entering the airways. In addition, they produce antibodies to fight infection. As the immune system’s first line of defense, the tonsils come into frequent contact with germs, making them prone to infection themselves.

Viruses and bacteria, especially the streptococcus bacterium (responsible for strep throat), are the most common causes of tonsillitis.

Sore throat and swollen, inflamed tonsils that may appear red with a white or yellow coating are the most recognizable symptoms of tonsil infection. Other signs include:

Diagnosing a tonsil infection requires a physical examination and an in-depth exam of the throat and ears with an otoscope. Your child is likely to be given a throat swab to test for the presence of strep, as well.

In the past, the treatment method of choice was surgical removal of the tonsils; this procedure is known as a tonsillectomy. Nowadays, La Jolla doctors reserve this procedure for chronic cases that do not respond to other forms of medical treatment.

Instead, home remedies are usually recommended for tonsil infections caused by a virus. Your child should get plenty of rest and stay hydrated with fluids. Warm broth or tea, and cold Popsicles, are particularly effective at soothing pain and discomfort. Pain and fever can be controlled with over-the-counter medications like ibuprofen and acetaminophen. Throat lozenges or cough drops can be given to children over the age of four.

Because kids are so prone to ear, nose and throat issues, it is important to have a doctor you can trust. Contact your La Jolla otolaryngologist at the first sign of trouble.