Vertigo, or dizziness, is a symptom, not a disease. The term vertigo refers to the sensation of spinning or whirling that occurs as a result of a disturbance in balance (equilibrium). It also may be used to describe feelings of dizziness, lightheadedness, faintness, and unsteadiness. The sensation of movement is called subjective vertigo and the perception of movement in surrounding objects is called objective vertigo. 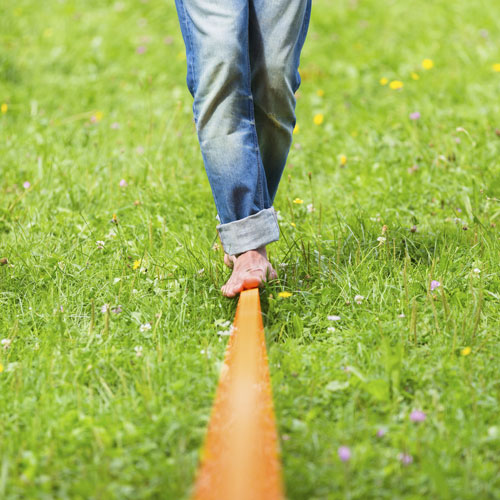 Vertigo is one of the most common health problems in adults. According to the National Institutes of Health (NIH), about 40% of people in the United States experience feeling dizzy at least once during their lifetime. Prevalence is slightly higher in women and increases with age.

If you are experiencing vertigo, you should make an appointment with an ear doctor. The ear doctors at California Hearing and Balance Center will complete a thorough diagnostic evaluation to help you understand why you are having vertigo as well as to help you get better.

Vestibular nystagmography (VNG) is used to determine if a vestibular (inner ear) disease may be causing a balance or dizziness problem, and is one of the only tests available today that can decipher between a unilateral (one ear) and bilateral (both ears) vestibular loss. The VNG testing involves a series of tests designed to document a person’s ability to follow visual objects with their eyes and how well the eyes respond to information from the vestibular system. VNG testing is conducted on state of the art equipment, where the movement of the eyes are measured directly through infrared cameras.

Gans SOP test provides qualitative information regarding patterns of equilibrium maintenance by evaluating the use of various sensory inputs (vision, somatosensory, and vestibular) to postural stability. 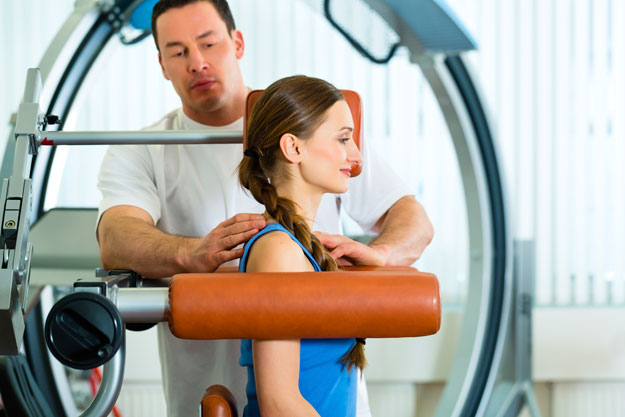 BPPV is the most common cause of vertigo, accounting for nearly 20% of all vertiginous patients. In older patient groups, the prevalence is dramatically higher, even up to 50%. The hallmark feature of BPPV is a sudden onset of vertigo with no accompanying neurologic symptoms before, during, or after the attack. It typically occurs with head or body movements in one direction. Although there are multiple theories regarding the pathogenesis of BPPV, the most common explanation involves displacement of calcium carbonate crystals from one of the vestibular organs (semi-circular canals or the utricle).

Interestingly, the condition often abates when the patient is in motion such as in a car, train, plane, or boat. Symptoms are increased by stress, lack of sleep, crowds, flickering lights, loud sounds, fast or sudden movements, enclosed areas or busy patterns.

To our knowledge, the first reference to the syndrome was made by Erasmus Darwin, in 1796. He wrote:

“Those, who have been upon the water in a boat or ship so long, that they have acquired the necessary habits of motion upon that unstable element, at their return on land frequently think in their reveries, or between sleeping and waking, that they observe the room, they sit in, or some of its furniture, to librate like the motion of the vessel. This I have experienced myself, and have been told, that after long voyages, it is some time before these ideas entirely vanish. The same is observable in a less degree after having travelled some days in a stage coach, and particularly when we lie down in bed, and compose ourselves to sleep; in this case it is observable, that the rattling noise of the coach, as well as the undulatory motion, haunts us.” (Darwin, 1796).

Meniere’s disease, or endolymphatic hydrops, is defined by a symptom complex of: episodic vertigo, fluctuating hearing loss, tinnitus, and aural fullness / pressure. The underlying cause of Meniere’s disease is not well understood. The diagnosis of Meniere’s disease is primarily based on clinical history although electrodiagnostic tests, such as electrocochleography (ECOG) and vestibular evoked myogenic potential (VEMP) can be useful.

Migraine is an extremely common disorder worldwide. Migraine occurs in 18% of women and in 6% of men, totaling 25-28 million people in the United States alone. The disease is most prevalent in women of childbearing age, with an approximate prevalence of 25% in 35-year-old women. Overall, episodic vertigo occurs in about 25-35% of all migraine patients. Using these figures, roughly 3.0-3.5% of people in the United States have episodic vertigo and migraine.

The manifestations of migraine-associated vertigo are quite varied and may include episodic true vertigo, positional vertigo, constant imbalance, movement-associated dysequilibrium, and/or lightheadedness. Symptoms can occur prior to the onset of headache, during a headache, or, as is most common, during a headache-free interval. As such, many patients who experience migraines have vertigo or dizziness as the main symptom rather than headache.

Treatment involves avoidance of triggers including stress and multiple dietary products and medication in one of two forms: preventive therapy in the form of antihypertensive and anticonvulsant drugs or acute abortive therapy to help terminate attacks.

Vestibular neuronitis and labyrinthitis are typically a viral inflammation of the inner ear. It typically follows a viral illness and results in a sudden onset of vertigo with nausea and vomiting. The severe vertigo can last for several days and only progressively improves over a period of weeks as the contralateral side compensates for loss of vestibular function. If sensorineural hearing loss accompanies the vertigo, the diagnosis of labyrinthitis is made. In cases of vestibular neuronitis or labyrinthitis, a retrocochlear lesion must be ruled out. Treatment typically includes oral steroids and/or antiviral therapy.