We are committed to your health and safety as COVID-19 continues to spread. We are monitoring the CDC and WHO websites and taking necessary precautions.Learn More
CALHNS is now offering Virtual Visits via Video Teleconference to all patients. Click here to learn more.

Sleep is vital for good health. Experts recommend a minimum of seven to eight hours of sleep per night for most adults; a lack of sleep can affect hormone levels, mood, weight and work or school performance and may result in physical, mental, social and emotional problems. Reaching that goal is difficult for many, thanks to the growing prevalence of sleep disorders. 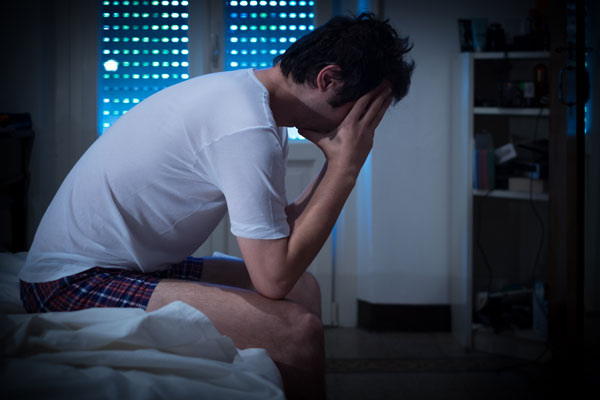 Sleep disorders are conditions that prevent someone from sleeping well on a regular basis. They are very common, affecting an estimated 75 percent of Americans on a regular basis. There are more than 100 different types of sleep disorders; the most common are snoring, obstructive sleep apnea (OSA), central sleep apnea (CSA), insomnia, narcolepsy, parasomnia (abnormal movements and behavior during sleep), hypersomnia (excessive sleepiness), restless leg syndrome and circadian rhythm disorders.

Symptoms vary depending on the type of sleep disorder and how severe its impact. A majority of patients report difficulty falling or staying asleep, excessive daytime sleepiness, irritability, lack of concentration, memory loss, and depression.

Sleep apnea is the most common sleep disorder that affects one in 15 Americans, with most cases undiagnosed. It occurs when a person experiences one or more pauses in breathing or shallow breathing while asleep. These pauses can last a few seconds to a few minutes. Generally, breathing begins again and is sometimes accompanied by snorting or choking.

Diagnosing and treating a sleep disorder is important in preventing more serious health problems from occurring. Most patients will need to undergo a polysomnography (sleep study), conducted in a sleep lab or at home. Other tests, such as an electroencephalogram and genetic blood testing, can be useful in a diagnosis.

With such a large number of recognized sleep disorders, there are many different causes. These include allergies and colds, chronic diseases, pain, stress and anxiety, work schedule and more. Treatment depends on the condition itself, but typically involves a combination of medications and lifestyle changes. Surgery may be an option for certain breathing-related disorders, such as snoring or OSA.

Snoring is a common condition that affects about half of all adults. It occurs when air flow through the nose and mouth is obstructed. This causes the airway tissue to vibrate and make the snoring sound. There are different factors that can cause snoring, but it can also be a sign of a more serious…

Snoring is a problem that affects a large number of adults; about 45 percent of people snore at least occasionally, and one in five American adults are habitual snorers. It’s no laughing matter either: snoring can cause a rift in the strongest of relationships because it robs the spouse of rest and can lead to…