if So You Could Possibly Develop Swimmer’s Ear 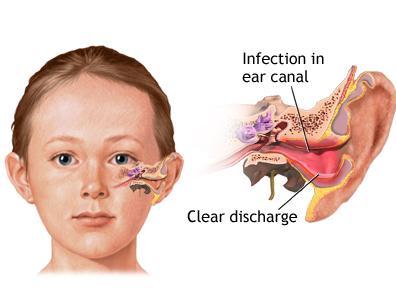 Swimmer’s ear is an infection in the outer ear canal, which runs from your eardrum to the outside of your head. It’s often brought on by water that remains in your ear after swimming, creating a moist environment that aids bacterial growth.

Swimmer’s ear is also known as acute external otitis or otitis externa. The most common cause of this infection is bacteria invading the skin inside your ear canal.

Swimmer’s ear symptoms are usually mild at first, but they may get worse if your infection isn’t treated or spreads. Doctors often classify swimmer’s ear according to mild, moderate and advanced stages of progression.

Factors that may increase your risk of swimmer’s ear include:

If you have any of the above symptoms please contact our office at or [email protected] to schedule an appointment.