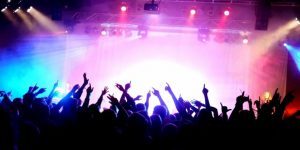 As we work through the clinic day, we may find ourselves jealous of our patients with those high frequency hearing losses due to concert their attendance.  Often these were the lucky ones with the premier tickets, close to the stage, the musicians, and the speakers as well. As audiologists we now know that those that had the good tickets and those on stage are almost four times as likely to develop noise induced hearing loss as the general public. These individuals are also 57% more likely to develop tinnitus. Study after contemporary study, such as Schink et al (2014),document hearing loss among musicians and those that listen to loud music on a regular basis.  While many audiologists consider this malady also to have affected past lovers of music from swing, rock & rollers, punk, rappers, it is interesting that hearing loss among musicians seems to be a comparatively new phenomenon. 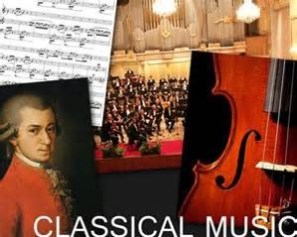 Of course, depending on who you read, the most famous classical hearing impaired artist, Beethoven, may have had more than loud noise exposure compounding his hearing loss.  Speculation by forensic otolaryngologists, pathologists and others suggest evidence that Beethoven could have had lead poisoning due to his habit of drinking wine, and lead was used to preserve wine during his time.  Others have presented many other causes for his deafness, but why no consideration of noise exposure?  It seems reasonable to assume that if there is danger of reduced hearing due to noise exposure among contemporary artists, there must have been some issues in previous centuries as well?  Were not ears susceptible to the same issues of noise exposure in those days?  Didn’t tinnitus exist in other centuries? 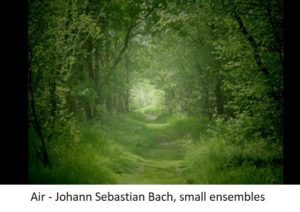 An expert on the history of music, Sherman (2000, 2016) feels that it is unlikely that Bach, Schubert, Handel, Vivaldi and others had noise induced hearing losses from their music.  In his opinion, the typical ensembles of their time were small and designed for compactness.  (Click on the small ensemble version of Air by Johan Sebastian Bach for music).  While there were some larger bands of the time Corelli, for example, was  still extremely small compared to that of later composers (Wagner, Mahler) of the 19th and early 20th centuries. Even in the late 18th century ensembles performing Mozart operas in houses that were comfortable to audiences of 500, orchestras were chamber sized.  Additionally, singing techniques incorporated “small voice” opera techniques lending themselves to a low volume.  By the 1840s the lowered larynx and continuous vibrato techniques were necessary for singers to sing over the larger, louder orchestras of the time.  The orchestras became louder as the musical instruments had been modified by that time to provide a higher intensity output to satisfy the changing economic landscape of venues which were necessarily becoming larger, seating more paying middle class customers.  As the 19th century matured, 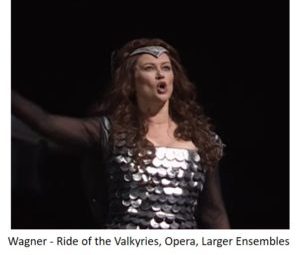 As a result many violinists, who sat for centuries in front of the brass, began to notice substantial hearing losses as a result of the increased volumes by the early 20th century.  (Click on the Wagner’s Ride of the Valkaries to check out the contrast between opera voices/ larger ensembles and the smaller ones by Bach and earlier composers).

Thus the issues of loud music did not just begin with the swing or rock and rollers, it has been with us for many years, probably the past 150-175 years as the ensembles became louder for commercial purposes.

Of course these days we can be exposed to extremely loud music, loud restaurants and other loud places and we find it part of the experience.  It is necessary for us to be careful these days as to the places we find ourselves and take appropriate precautions when in loud environments.  These days most professional musicians use some sort of musician’s earplugs or a monitoring system to insure that they will be able to hear the notes just as well 30 years from now as the do their current performances.  If the musicians of the 18th and early 19th centuries could see a full football stadium of adoring fans and the funds that it would afford them for these loud performances, they would be the first to sign up for the use of earplugs and monitors…….it was a different time when much was simpler and noise exposure was the least of ones worries, wow how the times have changed.

Reprinted with permission from hearinghealthmatters.org.

Please visit http://hearinghealthmatters.org/ for the original article: Musician’s Hearing Loss over the Centuries