Allergy symptoms can often be relieved through the use of over-the-counter or prescription medications and nasal sprays. Medical therapy provides short-term relief and may be enough of a solution for people with seasonal allergies or those whose symptoms are not severe.

If symptoms do not improve with the use of medications, patients should consult with an allergist over alternative treatments such as immunotherapy. 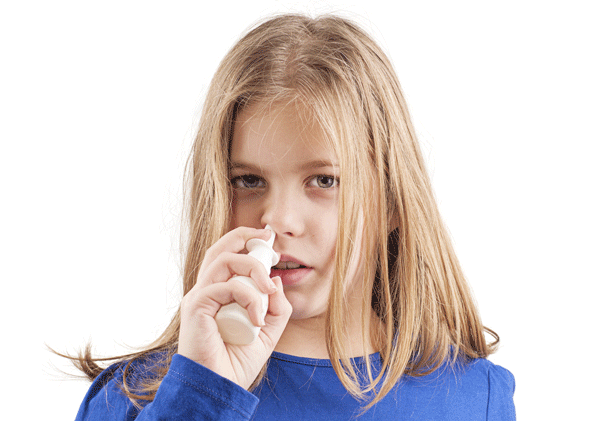 Antihistamines are often the go-to drug for treating allergy symptoms. They work by reducing or blocking histamines, chemicals produced by the immune system that are responsible for many common allergy symptoms including runny nose, stuffy nose and itchy, watery eyes. They are available in tablets, capsules, liquids, nasal sprays and eye drops. Antihistamines can cause side effects such as drowsiness, dry mouth, dizziness and nausea, though newer generation antihistamines have fewer side effects. Popular antihistamines include: Allergra, Benadryl, Claritin, Chlor-Trimeton, Tavist, Zyrtec, Clarinex and Xyzal.

When allergy symptoms include a stuffed-up nose, decongestants are recommended. Decongestants shrink swollen blood vessels and tissues that line the nose. They can be found in pills, liquids, nasal sprays and nose drops and are available over-the-counter or by prescription. Decongestants may increase anxiety or cause sleeping difficulty. If a patient has a medical condition such as glaucoma, high blood pressure, heart disease, thyroid disorder, diabetes or enlarged prostate, they consult with a doctor before using. Common decongestants include: Afrin, Dristan, Sudafed and Suphedrin.

In addition, many antihistamines also contain a decongestant, such as: Allegra-D, Claritin-D and Tavist-D.

Nasal corticosteroids are nasal sprays that help to reduce inflammation of the nasal lining associated with allergies. They can be extremely effective at relieving symptoms, but may cause nosebleeds, nasal dryness and sore throat. Nasal corticosteroids are generally safe to use long-term. They are usually available by prescription only. Common brands include:

Decongestant nasal sprays are generally available over-the-counter. They provide short-term relief from nasal allergy symptoms but wear off quickly. Overuse can lead to a “rebound effect” in which symptoms worsen. Patients are advised not to use decongestant nasal sprays for longer than three days. Popular brands include: Afrin, Dristan and Vicks Sinex.

Allergy eye drops help relieve the symptoms of eye allergies. For those experiencing itchy or watery eyes, a burning sensation in the eyes, redness and swelling, they can benefit from either over-the-counter or prescription eye drops. These medications are available in several different types including antihistamines, anti-inflammatory, decongestants and mast cell stabilizers. Some of the more common brands include: Clear Eyes, Visine, Refresh, Claritin Eye, Alamast and Opcon-A.

Mast cell inhibitors are medications that prevent allergy symptoms such as runny nose or itchy, watery eyes from occurring. They work by inhibiting the release of histamines the immune system produces in response to allergens such as pollen. They are available in the form of nasal sprays and eye drops, and must be taken a week or two before the start of allergy season, and continued on a daily basis for the duration of the season.